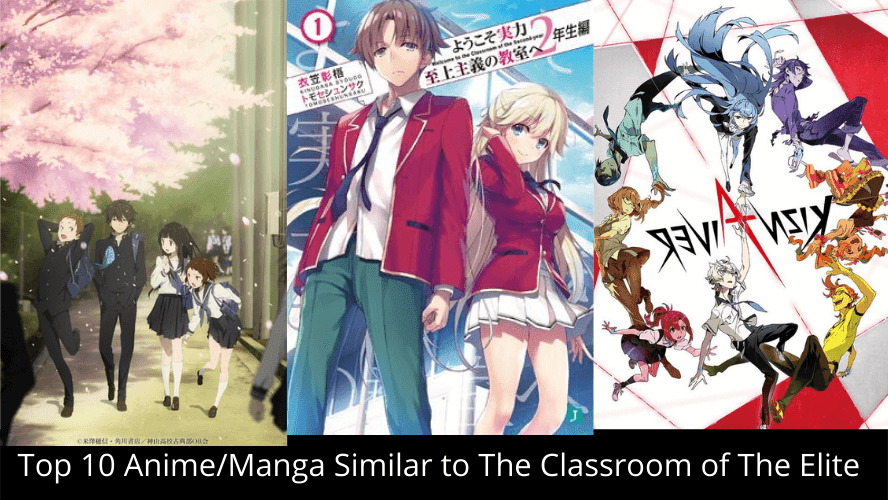 Have you just finish The Classroom of The Elite anime series? And want to watch more like it? Also you're in the right place. The classroom of the elite anime series is relatively intriguing and pleasurable. The unique plot, characters’ personalities, and terrain setting make this anime and must- watch for every otaku.

The story is about a boy who's overpowered. He's intelligent, smart, and largely observant. He thinks of humans as a tool to win. The main thing is unknown in season one. But his classmate Suzume wants to reach Class A ( the highest ranking class).

CHOYOYU!: High School Prodigies Have It Easy Even in Another World! 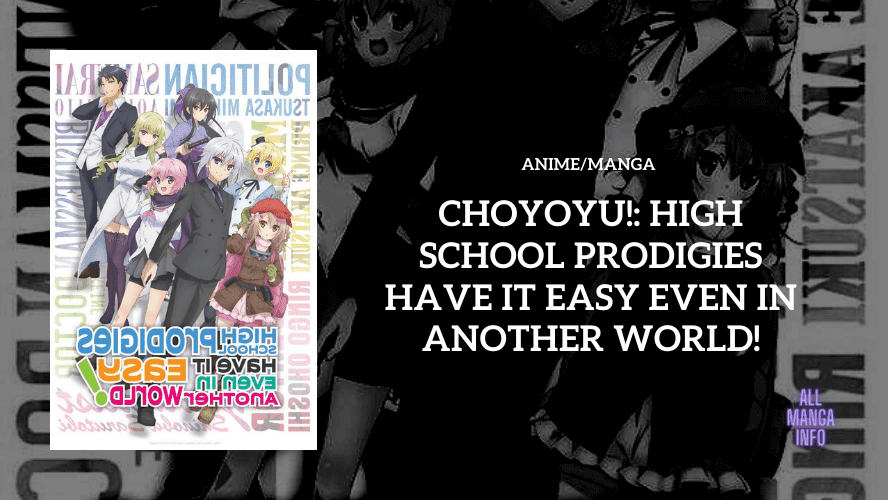 Abbreviated as Chōyoyū (超余裕), is a Japanese light novel series written by Riku Misora and illustrated by Sacraneco. SB Creative published ten volumes between 2015 and 2020 under their GA Bunko imprint. A manga adaptation with art by Kōtarō Yamada was serialized in Square Enix's seinen manga magazine Young Gangan from May 2016 to October 2021. It has been collected in ten tankōbon volumes. Both the light novel and manga are licensed in North America by Yen Press. An anime television series adaptation by Project No.9 aired from October 3 to December 19, 2019.
The series revolves around seven high school students who are internationally renowned for their exceptional abilities. They include Prime Minister Tsukasa Mikogami, genius inventor Ringo Ohoshi, former ninja and journalist Shinobu Sarutobi, world renowned doctor Keine Kanzaki, swordswoman Aoi Ichijo, skilled magician Prince Akatsuki and multi-millionaire Masato Sanada. One day, they survive a plane crash only to find themselves in a medieval fantasy world called Freyjagard.
In this world, two human races live side by side in a somewhat feudal society: the Byuma, who possess animal features and formidable strength, and the Hyuma, who possess limited magical aptitude. After being rescued by a Byuma named Winona and her adopted Elven daughter Lyrule, the group decides to repay the people of Elm Village by using their advanced skills and knowledge to revolutionize the village and its culture.
Similarities
Now, they have different settings. Like one is High School and the other is a different world. But in both areas, the main character does not allow or able to the real world. They both anime’s main strength of character is their strategy and tactics. 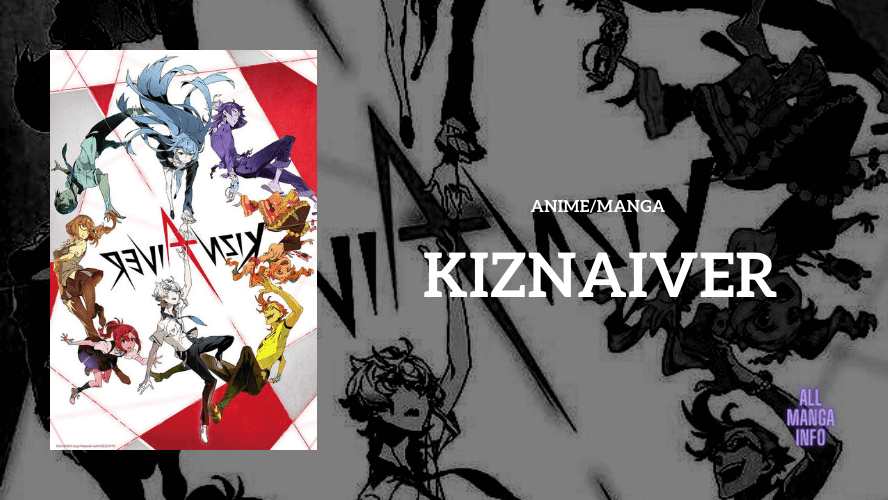 Kiznaiver is a 2016 Japanese anime television series produced by Trigger, Aniplex, and Crunchyroll and written by Mari Okada. The series features character designs by Shirow Miwa. It also features the directorial debut of Hiroshi Kobayashi, assistant director of the anime Rage of Bahamut and episode director for Kill la Kill. Kiznaiver follows seven high school students who are chosen to be a part of an experimental program promoting world peace which creates bonds between people by forcing them to share each other's pain. It is thematically similar to Trigger's previous works, which deal with problems attributed to character interaction.
Similarities
In both anime series, High School students have a strict environment. Force to do things that they did not want to do. In both anime series, the main characters have highly low emotional expressions. They have the same vibes related to setting, and characters.

Code Geass: Lelouch of the Rebellion 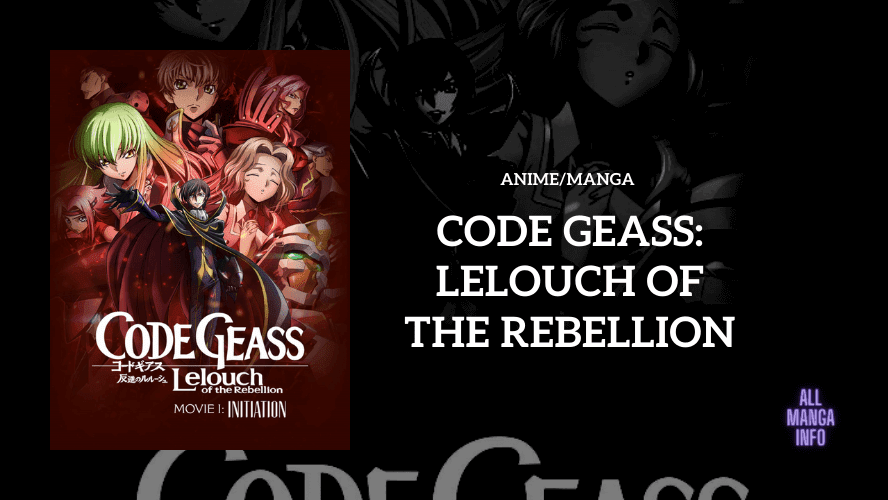 Code Geass: Lelouch of the Rebellion (Japan Hepburn: Kōdo Giasu: Hangyaku no Rurūshu), often referred to simply as Code Geass, is a Japanese anime television series produced by Sunrise. It was directed by Gorō Taniguchi and written by Ichirō Ōkouchi, with original character designs by Clamp. Set in an alternate timeline, it follows the exiled prince Lelouch vi Britannia, who obtains the "power of absolute obedience" from a mysterious woman named C.C. Using this supernatural power, known as Geass, he leads a rebellion against the rule of the Holy Britannian Empire, commanding a series of mecha battles.
Similarities
Both protagonists of anime are smart and intelligent. The setting is also the same – High School. And last they both hide their real identity for different reasons. There is a lot of difference between these two animes. But if you want to watch an anime series with a Highly intelligent MC then this is for you. 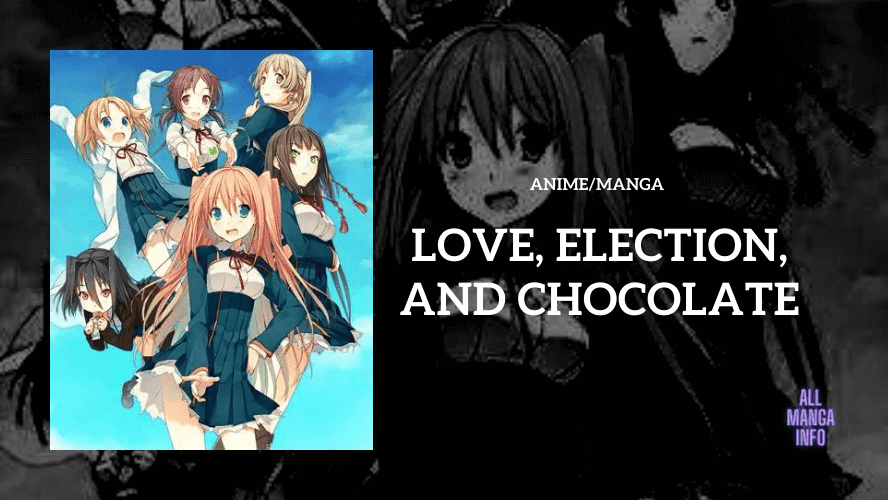 Love, Election and Chocolate follows the protagonist Yūki Ōjima, who attends Takafuji Private Academy (Shiritsu Takafuji Gakuen), a large school with over 6,000 students. Yūki is a member of the Food Research Club (Shokuhin kenkyū-bu), abbreviated as FRC or "Shokken"  along with seven others, including his childhood friend Chisato Sumiyoshi. The members leisurely spend their time in the club not doing much activities. When the election of the next student council president comes up, the front runner Satsuki Shinonome proposes that clubs that have no merit should be sorted out and abolished. The Food Research Club seeks advice from the current student council president Yakumo Mōri, who suggests Yūki run in the election as an opposing candidate. Yūki learns about the issues facing the school and decides to run in the election.
Similarities
Both anime is about competition from others to save themself. They are very like each other in many ways except the setting of the environment. And Love, Election, and Chocolate are slightly lite hearted. Which will help you to overcome the seriousness of The classroom of the elite anime series. 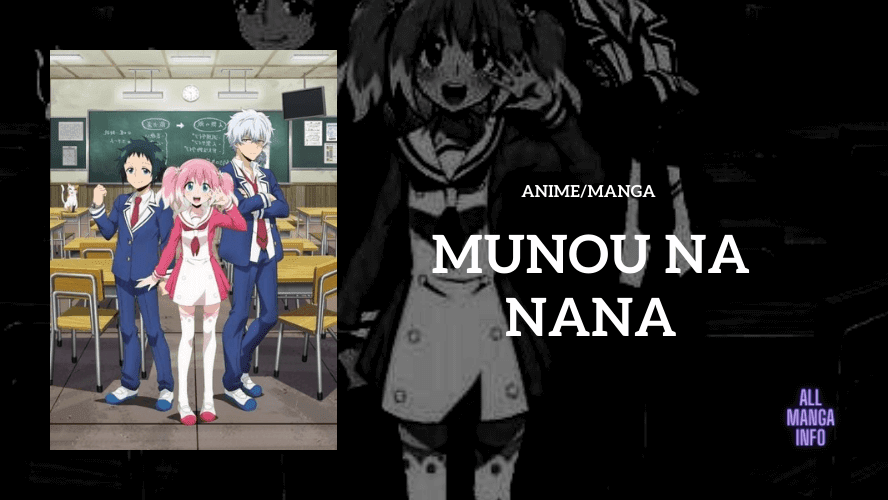 In the near future, mysterious monsters known as the "Enemies of Humanity" begin to appear, and with it so do children with supernatural powers called the "Talented". To prepare them for the upcoming battle against these Enemies, all the Talented are sent to a school located on a deserted island, where they have all their daily needs provided for until they graduate and communication with the outside world is forbidden. One day, a new student named Nana Hiiragi arrives at the school. Her friendly and cheerful personality lets her quickly make friends with the class. In reality, however, Nana is a Talentless government assassin who has been dispatched to kill the Talented, whom the government deems to be the true Enemies of Humanity.
Similarities
In both anime series, there are special schools and training to become the best. In Muncie Na Nana you get a special touch on the superpower concept. In both anime series, you get psychological, intelligent, and logical thinking characters.

The Irregular at Magic High School 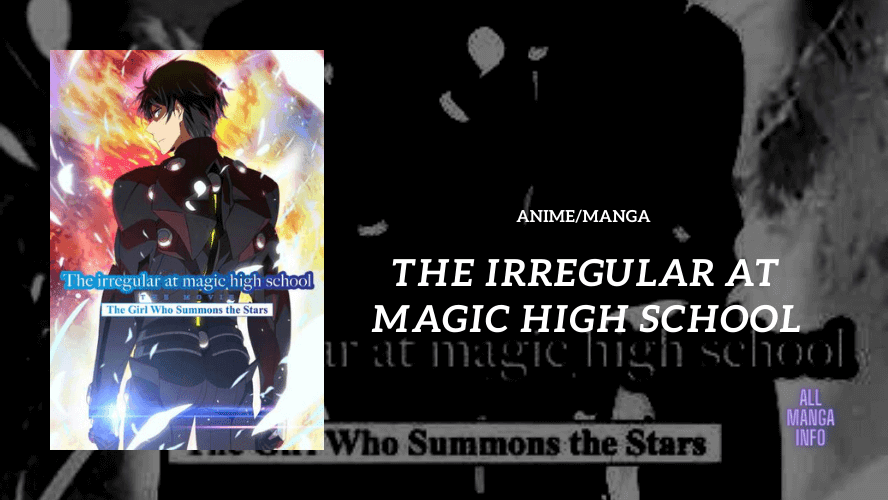 The story follows Tatsuya Shiba, a bodyguard to his sister Miyuki Shiba who is also a candidate to succeed the leadership of the Yotsuba clan, one of the Ten Master Clans that govern Japan's magicians. They enroll into First High School which segregates its students based on their magical abilities. Miyuki is enrolled as a first course student and is viewed as one of the best students, while Tatsuya is in the second course and considered to be magically inept. However, Tatsuya's technical knowledge, combat abilities, and unique magic techniques cause people to view him as an irregular to the school's standardized rankings.
Similarities
Protagonist with high thinking and problem-solving ability. A High School setting in the environment. In both anime, the students are classified and dived into two or more groups. You have to compete and prove yourself to get respect and promotion.

Alderamin on the Sky 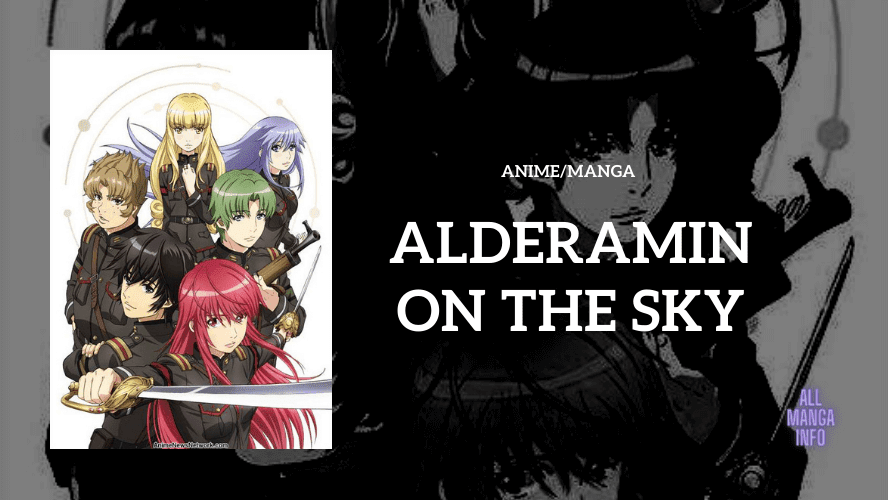 The Katvarna Empire is at war with the neighboring Republic of Kioka. In the Katvarna Empire, the lazy, woman-admiring Ikuta hates war, but due to certain circumstances, he grudgingly takes the High Grade Military Officer Exam. No one would have expected that this 17-year-old young man would eventually become a soldier called a great commander by others. Ikuta survives this world engulfed in war with his superior intellect.
Similarities
They both have an intelligent and smart protagonist with a careless personality. They also have similarities in their environment. Characters are unique and have the same personality in comparison to The classroom of the Elite.

The Fruit of Grisaia 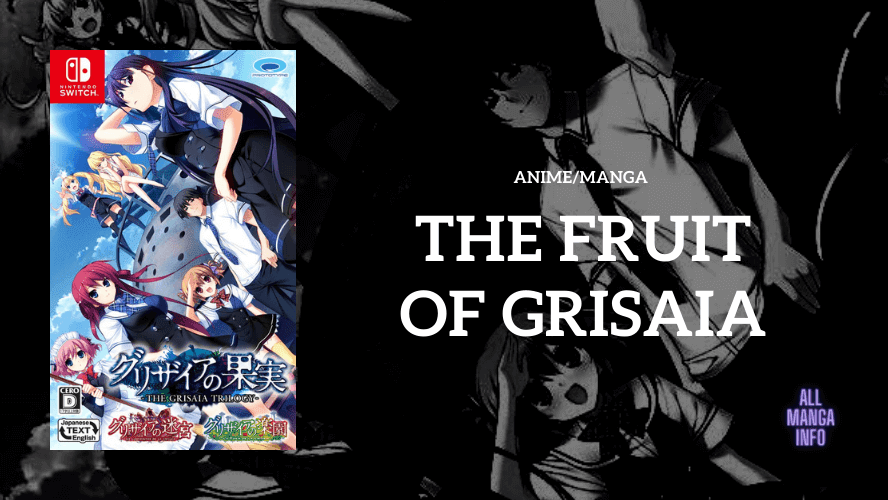 Yūji Kazami transfers to Mihama Academy, a school with only five female students and prison-like features. Every student in the school has their own "circumstances" for being there, but Yūji is not required to do anything about their situation as he asked for a normal student life. According to the decisions he makes while at Mihama Academy, however, he will eventually choose to become involved of his own accord.
Similarities
The Fruit of Grisaia did not have a genius protagonist. But Yuuji Kazami is smart enough to solve common life problems. Both protagonists solving the problems of their classmates. And last but not least both anime series have fan-service in huge amount. 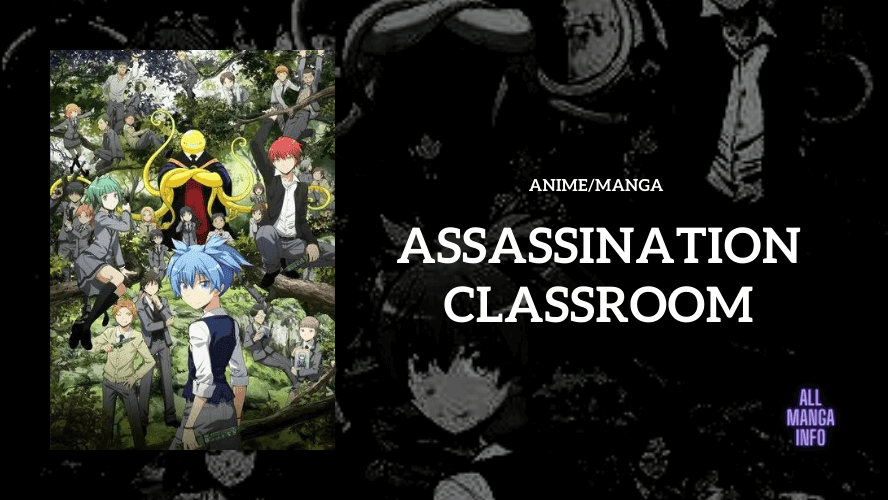 Every morning, the students of Kunugigaoka Middle School's Class 3-E greet their homeroom adviser—a yellow, grinning, octopus-like being—with a massive firing squad.
This creature was responsible for blowing up 70% of the Moon, rendering it permanently crescent-shaped, and is threatening to do the same to Earth in exactly one year. But now he has grown bored of the world governments' futile attempts at killing him, so he strikes them an odd deal: permit him to be Class 3-E's homeroom teacher, and he'll allow the students to try and kill him however they'd like to. Can the students successfully take him, now named "Koro-sensei", down and save the world despite the fact that he's ridiculously fast (so much so he can hit Mach 20), very cunning, nearly invincible, and definitely the best teacher they've ever had—especially for an infamous class of twenty-six social misfits and academic underachievers whom society has given up on?
Similarities
Both anime have a High School where students are trained to become the best. The characters in both anime series are pretty intelligent and smart. Like The Classroom of The Elite, the Assassination Classroom also have a highly engaging storyline. 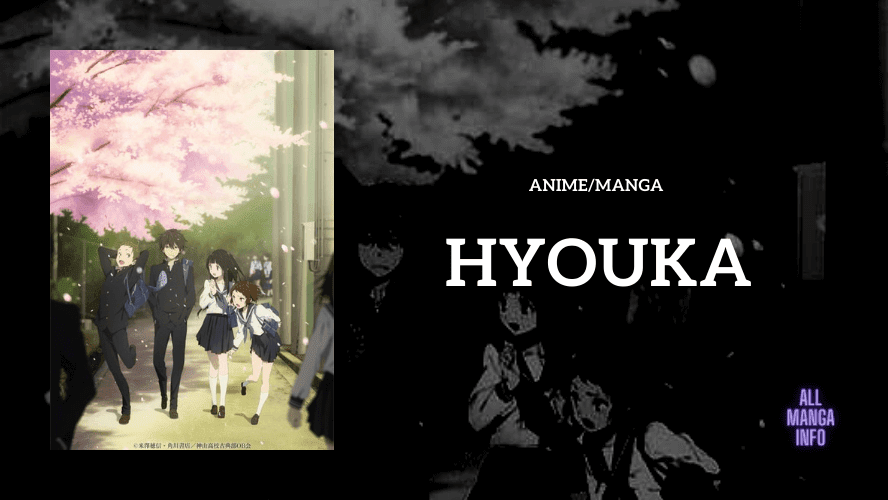 Yūji Kazami transfers to Mihama Academy, a school with only five female students and prison-like features. Every student in the school has their own "circumstances" for being there, but Yūji is not required to do anything about their situation as he asked for a normal student life. According to the decisions he makes while at Mihama Academy, however, he will eventually choose to become involved of his own accord.
Similarities
In both anime, the series protagonists have eyes like dead fish. Despite having a highly intelligent mind they don’t want to use that. Both help their friends and classmates to overcome the problem. Hyouka is better in many ways in comparison to The Classroom of The Elite. 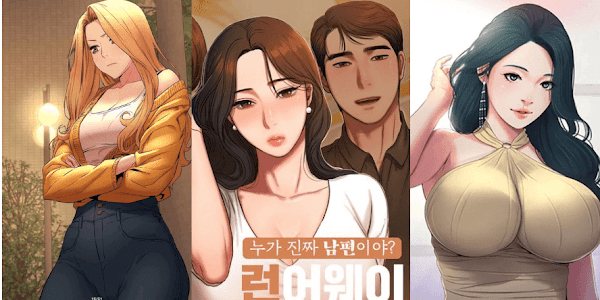 Luffy Knew Shank's Daughter Since Childhood, According to the One Piece Film Red Trailer